sadly development is going slow due to personal stuff. Regardless I at least want to share a little bit of my research that might be interesting. As the next Update will include jeeps I thought it would be fitting to tell you a bit about the early SAS. Today probably is most (in)famous for counter terrorism during the Troubles, they first began to utilize hit and run tactics against the Axis in the African Theater, as envisioned by David Sterling, who was instrumental in founding it. They would utilize surprise airdrops by parachute and quick and unpredictable strikes with heavily armored light vehicles. 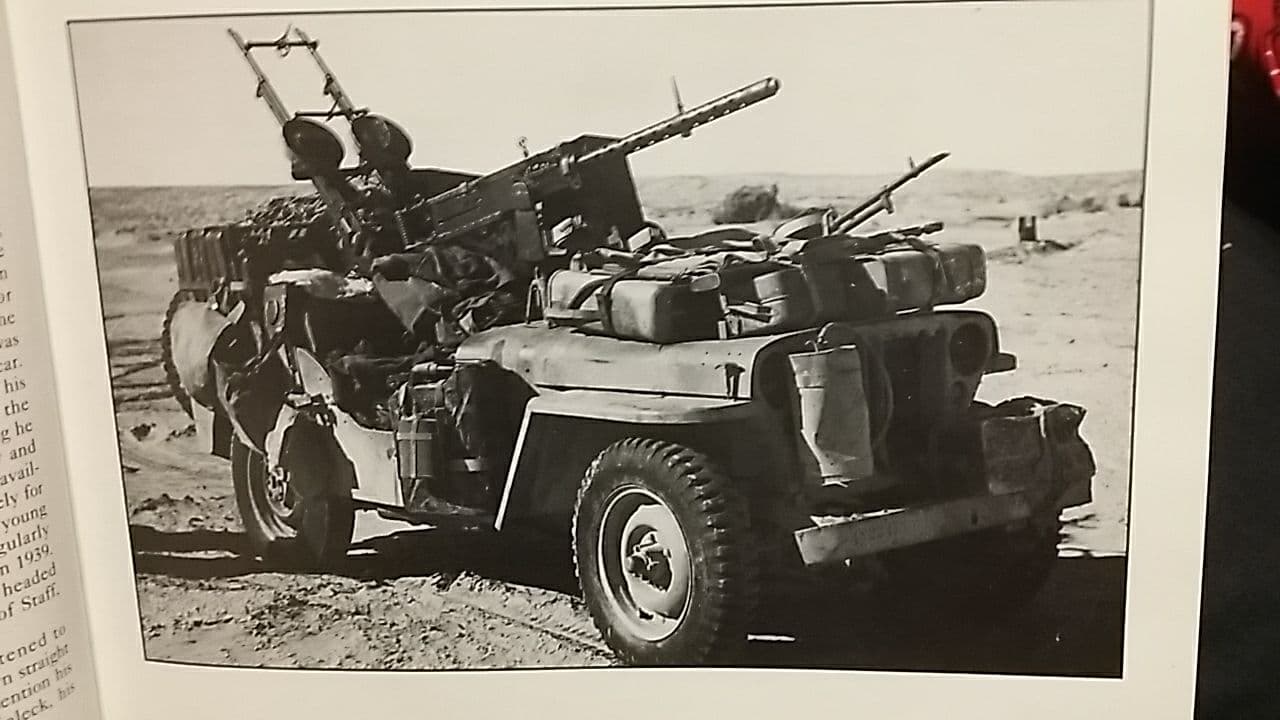 Pictured here is a SAS jeep armed with a Browning heavy machine gun and three (!) Vickers 'K' machine guns, taken from the book "Inside the SAS" by Craig Philip and Alex Taylor Bloomsbury.

How does this relate to the game? Well first of all, even if armed vehicles won't be included in the next update, they surely will be at some point. And secondly, David Sterling and several other SAS veterans also founded the first postmodern private military company, so the early history of the SAS and PMCs are closely interlinked. Thirdly, it's interesting that these hit and run armed jeep tactics are quite similar to the armed technical tactics that are utilized in the same region in more recent conflicts.

I wanted to go much deeper into it to be honest but I've got massive brain fog and the topic won't run away on us, so I'll just let it be with that for now. Thanks for reading and I hope I got a little more exciting news next week :)

Get Subtlety is Dead